COVID-19 and The Environment

As economies around the World begin to loosen restrictions due to the COVID-19
pandemic and people try to get back to "normal" maybe a new "normal" could be
adopted, one in which the Environment and Sustainability is placed above Economies.

As we have seen people around the World have been forced inside for the safety
of themselves and their communities. As a result major cities around the world have
seen their own environments improve. From improved air in New Delhi to clearer
water in Venice the Earth seems to be bouncing back from our consumption of resources.

Here is a beautifully wrought untitled poem by Rt. Hon. Jacinda Ardern,
whose leadership as New Zealand’s prime minister has been second to none.
She, too, wonders if the evidence of environmental healing we are seeing now
will be sustained, if populations will make lasting lifestyle changes post-pandemic:

"Rest now, e Papatūānuku ( Mother Earth )
Breathe easy and settle
Right here where you are
We’ll not move upon you
For awhile
We’ll stop, we’ll cease
We’ll slow down and stay home
Draw each other close and be kind
Kinder than we’ve ever been.
I wish we could say
we were doing it for you
as much as ourselves
But hei aha
We’re doing it anyway
It’s right. It’s time.
Time to return
Time to remember
Time to listen and forgive
Time to withhold judgment
Time to cry
Time to think
About others
Remove our shoes
Press hands to soil
Sift grains between fingers
Gentle palms
Time to plant
Time to wait
Time to notice
To whom we belong
For now it’s just you
And the wind
And the forests and the oceans
and the sky full of rain
Finally, it’s raining!
Ka turuturu te wai kamo o Rangi ki runga i a koe
( Maori phrase meaning - “tears from the eyes of Ranginui drip down on you”
Ranginui is our sky father,
it is common to refer to rain as
the tears of Rangi for his beloved,
from whom he was separated
at the beginning of time
in order that there could be light in the world).
Embrace it
This sacrifice of solitude we have carved out for you
He iti noaiho - a small offering which is a treasure
People always said it wasn’t possible
To ground flights and stay home
and stop our habits of consumption
But it was
It always was.
We were just afraid of how much it was going to hurt
- and it IS hurting and it will hurt and continue to hurt
But not as much as you have been hurt.
So be still now
Wrap your hills around our absence
Loosen the concrete belt
cinched tight at your waist
- Rest.
- Breathe.
- Recover.
- Heal

Where should lanes be closed for pedestrians and cyclists as the city comes back to life? We crunched the data. By Matt ElliottContributing Columnist, Sun., April 26, 2020

Inquiry: How might the Mayor's office decide which streets would be idea to close for pedestrians.

Example Activity:
Getting started video
Students will convert xls files to csv so the data can get dropped off in ArcGIS Online.
Students will manipulate data by Classifying the data.
at April 26, 2020 1 comment:


Mapping COVID-19 for my Grade 9 Geography class.
I hope to get as many results as possible so please feel free to complete the Survey and view the results.

My students analyze the results to see what influence Spatial Significance may have on COVID-19.

Geography plays a large role in helping Health Care experts better understand COVID-19 by implementing the Geographic definition of What is where? Why there? and Why care? followed up with What to do?

'No-win situation' in Wet'suwet'en protests, where police criticized for being too aggressive or too lax. Tyler Dawson February 17, 2020 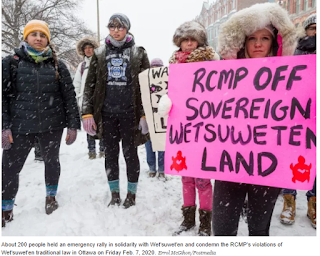 Inquiry: How might the Wet'suwet'en and the Canadian Government come to a solution to the Coastal Gaslink pipeline issue?

Activity: Collect information on seeded and unseeded land to help better understand the issue. Create a spatial journal of the proposed route of the Coastal Gaslink pipeline. Conduct and Issue Analysis to better understand the stakeholders involved. Observe any patterns and trends on the Native Land interactive map to better appreciate the situation. Gather information on pipeline consideration and map out an alternative to the proposed route that might be supported by the Wet'suwet'en and the Government and communicate your results in a Story Map to the appropriate authorities.
at February 18, 2020 2 comments:

Email ThisBlogThis!Share to TwitterShare to FacebookShare to Pinterest
Labels: Problem Based Learning

We have 10 years to save Earth's biodiversity as mass extinction caused by humans takes hold, UN warns By Jessie Yeung, CNN 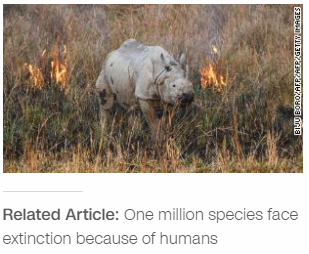 Written by John Last, based on an interview by Jane Sponagle 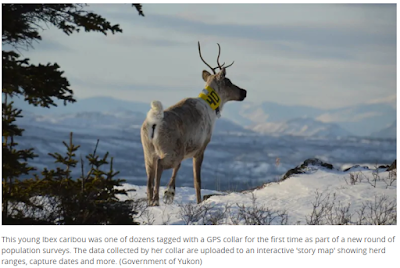 Inquiry: How might  this pattern of recovery continue? How might other species at risk be able to recover as well?

Activity: Gather data on other species that may need help recovering. Collect data on human activity that might have an impact on species in different regions of Canada. Create a spatial journal to highlight the possible interaction. Conduct an issue analysis to develop an action plan that can be communicated via story map.

COVID-19 and The Environment As economies around the World begin to loosen restrictions due to the COVID-19 pandemic and people try to...